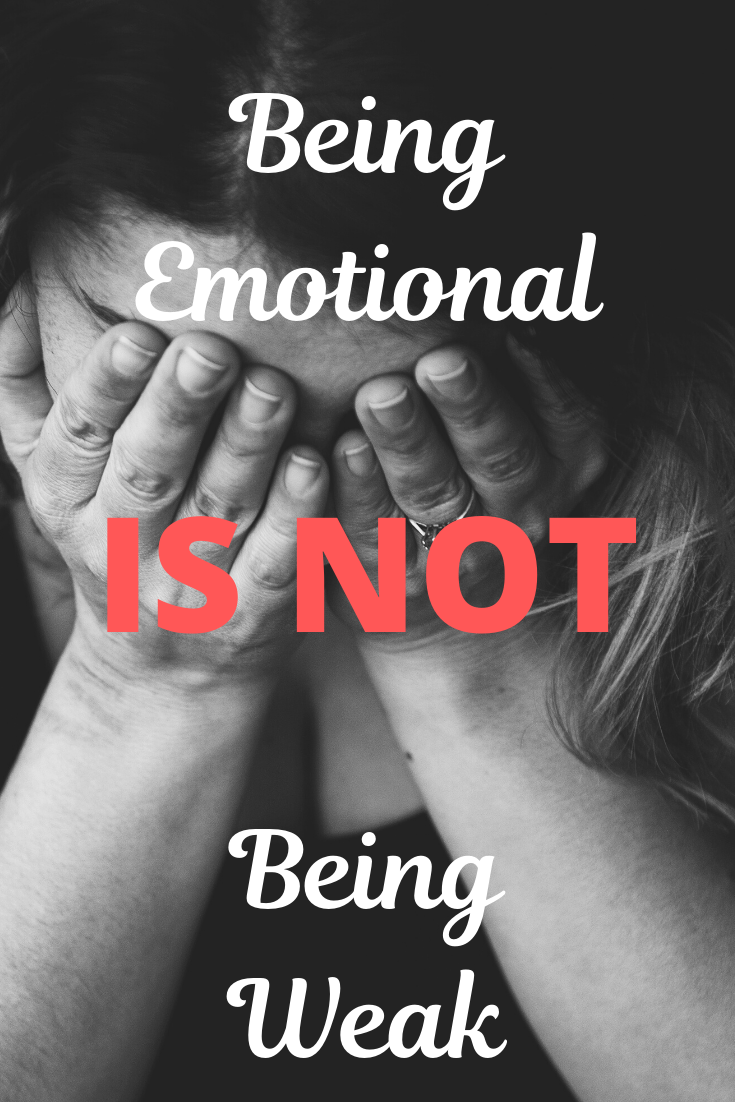 I normally think through my blog posts. I want them to be encouraging and positive and insightful. So, I think and I edit and I rewrite and I format.

Today, I’m just going to let it out:

I’m so tired of people assuming that because I’m a deep-feeling, emotional, expressive person, I must also be irrational, mentally-unstable, and weak.

Being emotional is NOT being weak.

I approached an authority figure a few years ago to address a major concern I had for my child who was under this person’s tutelage. By the end of the meeting, I was crying and being totally open and honest about my feelings. I hated that I couldn’t hold these feelings inside me, because it seemed to me that this authority figure was treating me with such condescension – like I was just another ridiculous, overly-emotional, over-reacting mom. I left that meeting realizing something:

People who don’t know me well think I’m irrational and weak when I show my emotions.

That mom you know who is battling depression and cries half the day, but still gets up every day to take care of her kids, send some of them off to school, still makes supper, still hugs her children before bed? She’s STRONG.

That teenager who quivers in their boots and with a wobbling voice, confronts their teacher about unfair treatment, all the while tears stream down their cheeks and their face is turning blotchy? They’re STRONG.

That man who cries every time he tells you about his grandchildren? He’s STRONG.

The woman who leaves a room full of “friends” who want her to be someone she isn’t – leaves the room with a chest heaving from hurt and sobs – because she refuses to bend to their strange, unspoken rules? She’s STRONG.

Don’t be ashamed of your emotions.

You show your strength in your actions. Even if you have to carry them out wearing a shirt soaked in tears.

Emotions are a gift. Embrace them.

That being said, is this ACTUALLY how people see me EVERY time I show emotion? No, of course not. But today:

This is how I FEEL.

9 thoughts on “Being Emotional is NOT Being Weak”