I once found a sheep stumbling around my living room.

She scrambled onto the linen loveseat and, like a dog performing a rounding ritual before its nap, turned circles with her muddy hooves. After pounding a soiled ring into one of the cushions, she dropped down to the floor. She wandered aimlessly around the room until her nose bumped into my couch. 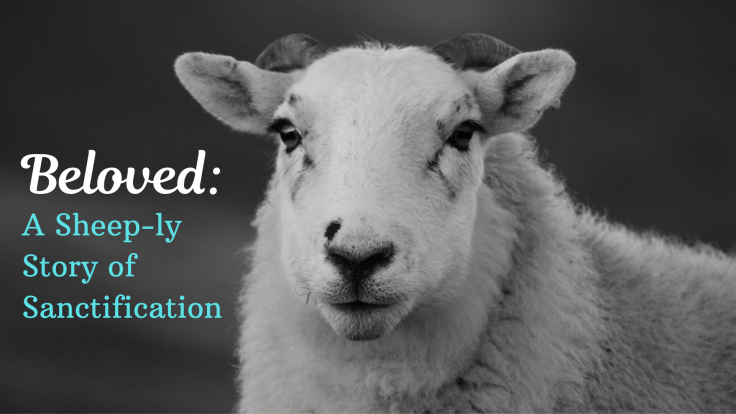 With difficulty, the sheep climbed up on one end of the couch. She bumbled along the length of three grey cushions until she met an armrest. As if shocked to see an obstacle in her path, she froze.

While she stared down her nemesis – the obstinate armrest – I noticed the sheep was wearing a collar. It was made of purple satin and bore a name stitched in gold:

Aw. Somebody loves her.

Before I could think of who that might be or why they had allowed their smelly ewe to trespass, the sheep began to rail.

The armrest was unmoved.

Looking frustrated, the sheep turned circles on the couch.

Abandoning the couch, she plodded over to my daughter’s foam play chair, which stood beside the television. She stopped, turned around, and backed into position. But her woolly girth wouldn’t fit into the small, molded seat. She baaed in protest.

I felt a little sad for her. It can be upsetting when our lady rumps don’t fit where we think they should.

Bolting into the next room, she raced around my oak dining table – again and again – restlessly running nowhere. Halfway through her ninth lap, she inadvertently hip-checked a wooden chair and knocked it to the floor.

The bang sent her careening back into the living room, where she wedged herself underneath my blue ottoman. Hiding there, she alternated between bleating and panting. Her eyes kept darting back to the chair she had just knocked down.

This sheep is a mess.

Yes, she certainly was. Her hair was overgrown and matted in filth. The stench of sheep’s manure and lanolin wafted through the air. And bugs crawled through the wool at the top of her head.

Enough was enough. I didn’t know where this intruder had come from, but she didn’t belong in my house.

What do I know about sheep, anyway? I can’t help her. She’s emotionally unstable and making a mess of my house. I want her gone!

I don’t know how she knew what I was thinking, but she knew.

The dejected sheep wiggled her way out from under the ottoman, then slunk to the front door. She wrapped her lower teeth and top gum pad around the knob and tilted her head. To my surprise, the knob turned, and the door popped open.

Her hooves clip-clopped out and onto the concrete landing. She hesitated at the edge of the front steps, then cautiously picked her way down. But she was tired and shaky. Her foot caught a rough patch of concrete, sending her tumbling down the last several stairs.

She landed hard but picked herself back up. Blood dripped down one of her back legs as she hobbled across my lawn.

Having scorned her only moments before, I had a change of heart and was suddenly feeling indignant on her behalf.

Where, exactly, is her shepherd? Doesn’t he know she’s lost? Isn’t he supposed to show her where the green grass and the cool water and the shade is?

Just then, a silver SUV crept by. The owner, one of my neighbor ladies, turned to stare at the bloody sheep crying in my front yard.

Maybe I should get her to come back in.

While I considered how I would drag an injured sheep into my house whilst somehow saving my own dignity, I heard the slip-slap of sandals on asphalt.

A stranger was approaching, and he seemed to be heading for the sheep.

He wore orange flip-flops. His head was wrapped in a colorful scarf, and an army green canvas bag hung over his left shoulder. It bumped heavily against his jeans as he walked.

By this time, the blubbering sheep was almost to the road. She had limped down into my shallow front ditch, through last night’s rainwater, and was now climbing up the other side.

The man stopped at the edge of the road, directly in her path. He knelt and waited. When she reached him, he whispered into her ear. She quieted.

The man retrieved a ram’s horn from his bag, yanked out its stopper, and poured oil into the palm of his hand. Then, he massaged the oil onto her scalp and throughout the wool at the top of her head.

She stood still, accepting his ministrations. For about one minute. Then, bleating rebelliously, she side-stepped him and stumbled onto the road.

He grabbed her collar, stopping her just short of a blue Jeep which was zipping by.

Holding the sheep firmly under her jaw, the man led her down into the ditch to the rainwater. She drank eagerly.

Then, he drew several broad forb leaves from his bag and let her eat from his hand. She chewed slowly, her bottom jaw jutting to the side repeatedly to grind the leafy treat.

Next, the man heaved the sheep onto her backside, propping her up on her rump so she couldn’t run away. He rubbed ointment on her bleeding sore and wrapped it with a long strip of clean cloth. He trimmed her overgrown hooves. While he worked, he spoke to her in kind, reassuring tones.

But the moment he was done and set her back on her feet, she took off.

This time, the man didn’t intervene.

I was appalled and screamed at him in my mind.

Why would you fix her, only to let her get run over? Do something!

Within two seconds, however, I knew why.

At break-neck speed, she was only able to leap four times before her bad leg gave way. She fell splat on the asphalt – face first. The sheep looked back remorsefully. Her snout was scraped and bruised.

The man got up, adjusted his bag into a better position, and went to her.

She complained. He met her with gentleness.

She couldn’t right herself. He lifted her.

She couldn’t walk. He cradled her in his arms and carried her.

She cried. He wiped her sheep tears.

She squirmed. He held her fast until they had safely reached the fold.

And all at once, my eyes were opened.

How had it taken me so long to understand?

I was enraptured, and my heart pounded wildly.

How had I not seen it before? It was so clear:

He was the Good Shepherd, and the sheep — was me.

“For this is what the Sovereign LORD says:

I myself will search for my sheep and look after them.”

Sheep are weak. They get lost. They fall into holes.

“Oh, what a miserable person I am!

Who will free me from this life that is dominated by sin and death?”

So, why this arduous journey of sanctification? Why doesn’t God simply transport us into his glorious presence immediately upon conversion? Why does he continually put up with our stumbling and bumbling?

About four years ago, I left my church. It was during this time that I came to understand at least one of the reasons why…

After fifteen years of attending the small fellowship, I still didn’t feel like I “fit”. I was restless, and I couldn’t figure out why. I had asked God to change my attitude – or whatever it was that prevented me from belonging – but I continued to struggle.

After several months of visiting other churches, I still didn’t belong anywhere.

On a Sunday afternoon, while sitting at my parents’ lunch table with a steaming cup of coffee in my hands, I gave full vent to my frustration:

“I’m ready to obey! Why won’t God just show me the plan? He already knows which church I’ll end up in. He could just say, ‘Here. This is the one. This is where you need to be.’ And then I wouldn’t be wasting all this time!”

My older brother sat across the table from me. He listened patiently, smiling.

“Sara,” he offered, when I stopped for a breather, “maybe it’s not just about where you end up. Maybe He wants you to experience the journey.”

Although this was not what I wanted to hear, I took his advice to heart. I calmed down. I tried to embrace the journey while I continued my search.

From then on, at each subsequent church I visited, God brought healing to my heart. He addressed hurts from past church experiences, he corrected misconceptions, and he gently pointed out wrong judgments that I had made.

One day, about a year after I had left my original church, God showed me the next step in His plan:

Our family was running errands in town. As we drove to our next stop, we passed the building where we used to attend church. My oldest son was sitting at the back of the van with his forehead pressed against the glass. He stared, longingly.

“I miss our old church,” he sighed. “The people there were so nice.”

I agreed. The following Sunday, we returned.

For the next two years, God brought further healing to my heart – this time, through my “old” church.

Then, unexpectedly, God plucked me out of my little fellowship and planted me in a new church family. And, lo and behold, I fit!

Praise be to my Good Shepherd, who faithfully bound my wounds, whispered healing into my heart, and then carried me into the fold where I could belong.

Looking back, I understand that I could never have given myself so fully to my current church without first journeying through a time of healing and training.

My wise brother had been right: the journey was necessary.

“I am convinced and confident of this very thing, that He who has begun a good work in you will [continue to] perfect and complete it until the day of Christ Jesus [the time of His return].”

The journey of sanctification, although often painful, is essential preparation for our future — both here on Earth and in Heaven. And if, like me, you feel you have a very long way to go on that journey, be encouraged: even while we are learning, God continues to work in our weaknesses.

Today, take a moment to thank God for preparing you by leading, healing, teaching, and loving you. Know that he has a GOOD plan, and try to be patient.

4 thoughts on “Beloved: A Sheep-ly Story of Sanctification” 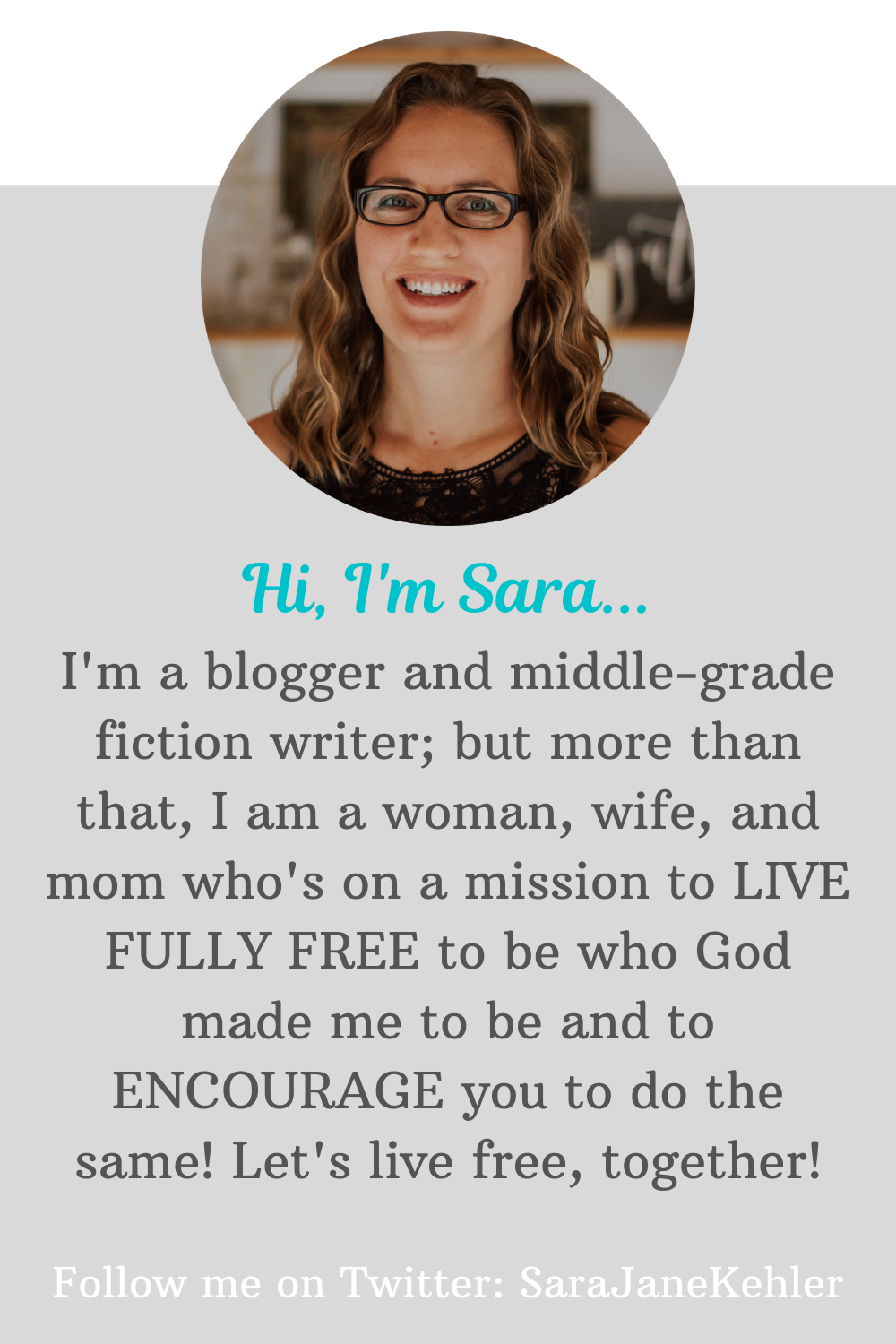 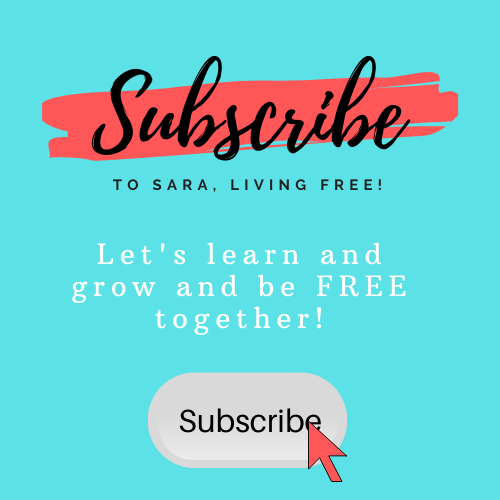 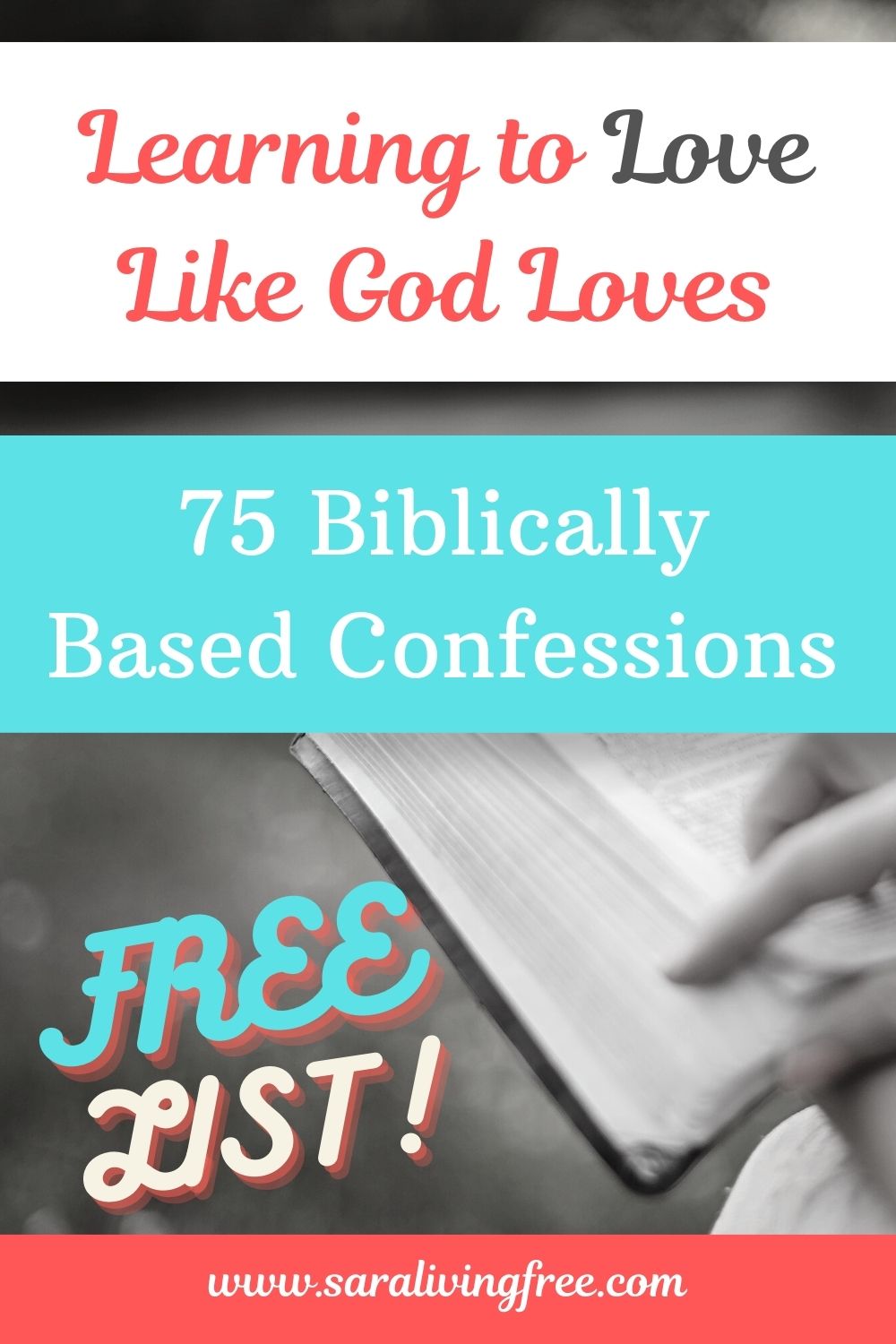